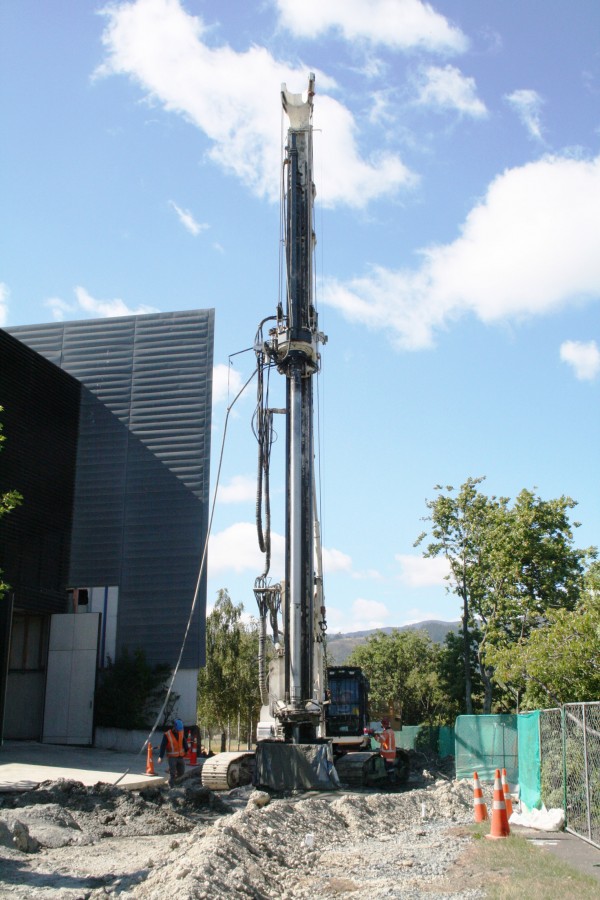 Work to ensure that the ground between the Trafalgar Centre and Saltwater Creek does not move sideways in an earthquake has seen contractors using a Deep Soil Mixer (DSM) to create a network of ground-strengthening piles.

The machine, which could be seen towering over the Centre for several weeks in January, works by mixing cement, lime and water with the existing soil, through a hollow drill, in columns up to eight metres deep. 113 columns with a diameter of 80cm were drilled in to the ground, in a honeycomb pattern, over an area 50 metres long and six metres wide.

The columns created a stabilised barrier that will minimise sideways movement of the ground. The work took 10 days, using a machine brought up from Christchurch for the job.

Making sure the environment around Saltwater Creek was not affected by the work was a high priority. Testing by an independent environmental engineer before, during and after the drilling found no measurable effects on the stream. The machine caused no noticeable ground vibration and noise levels were lower than expected. 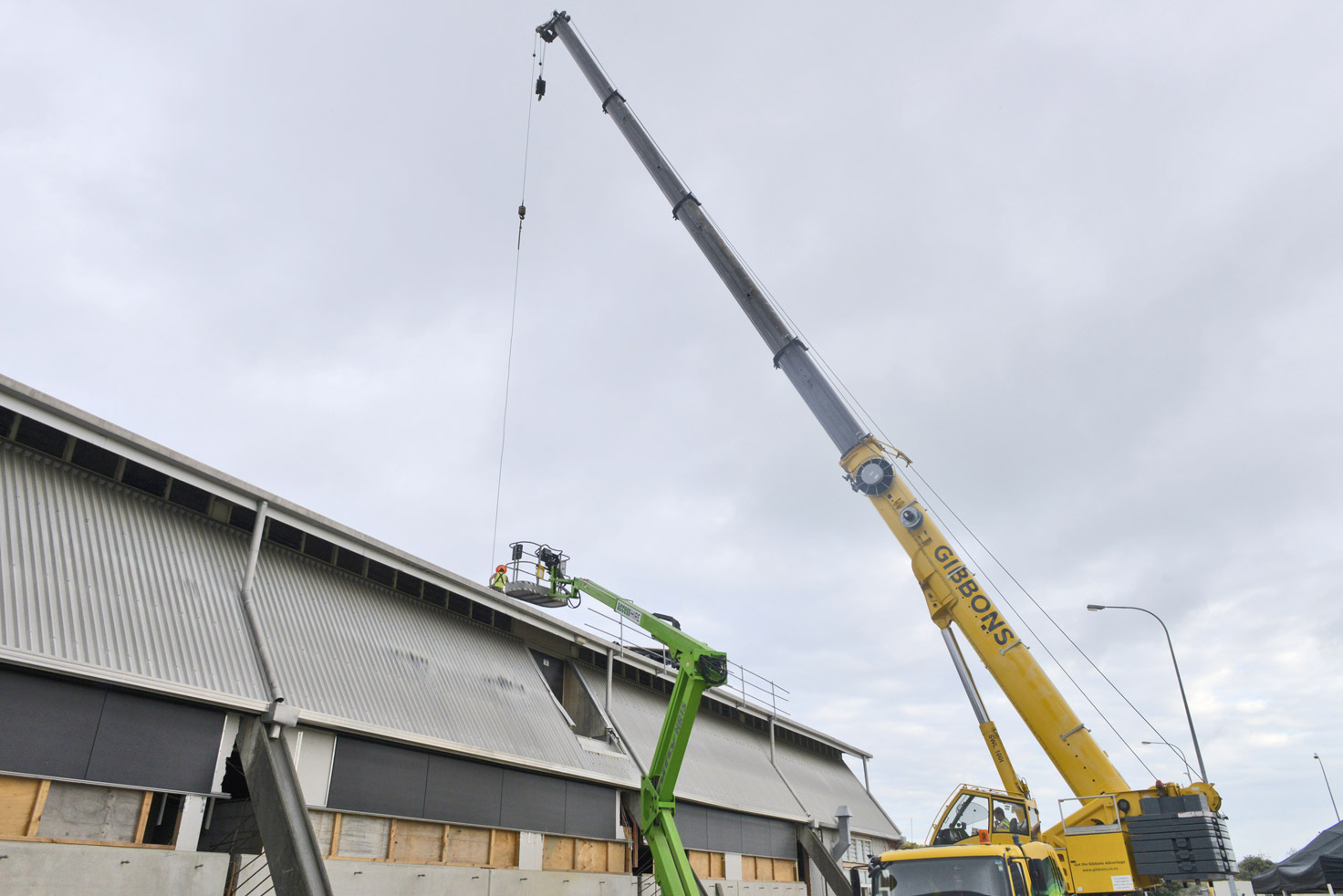 This is a safe and efficient way to handle heavy building components. This additional structural steel will form the roof bracing, giving the building extra strength in the event of an earthquake.

The crane had to be set up outside the Centre as the interior timber floor is not designed to withstand the weight of heavy machinery. At 300 – 500 kg each and up to 10m long, the beams are too heavy to lift manually or using a scissor lift.

Work will now continue to strengthen and brace the Centre, develop the new northern building and landscape Rutherford Park for events planned later in the year.

Consulting Engineer for Nelson City Council, Richard Kirby, says that the challenges of strengthening the Trafalgar Centre have been well met by the experts involved. “The engineers, architects, project managers and contractors have been working together to devise cost-effective solutions, using the latest construction technology, both in the ground and within the structure. This has delivered significant advantages as the project has progressed. We look forward to the work being completed later in the year.”